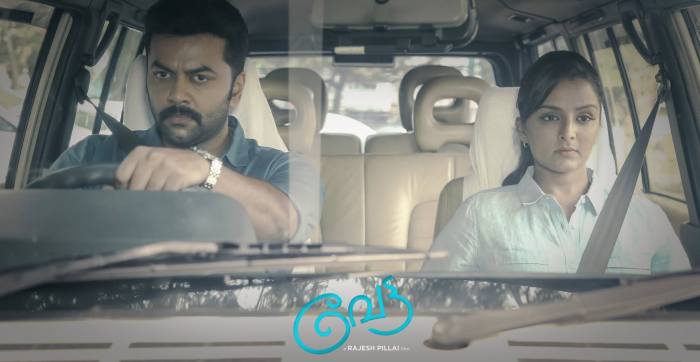 I was just browsing online this weekend when I realized ‘Vettah’ is playing in the nearby cineplex. When I saw the poster, I recollected it was Rajesh Pillai’s last movie. Six years ago, when I was in Kerala, I remember watching ‘Traffic’ (review here) and how it was the game changer in the Malayalam movie industry, allowing the new genre ‘new generation cinema’ to be stamped on all the future experiments. The number of movies releasing in a year, the numerous unidentifiable debutants in the industry, there was a notable wholescale change to approaching movies. Movies with teams averaging in the mid 20s were becoming a set pattern as actor oriented movies started disappearing from the face of Kerala.

I did not watch the trailer of this movie, nor did I know who were the lead in this till I went to the theater. But there was a sense of anticipation, a prejudice that I will leave the theater as glad I was after watching Traffic. 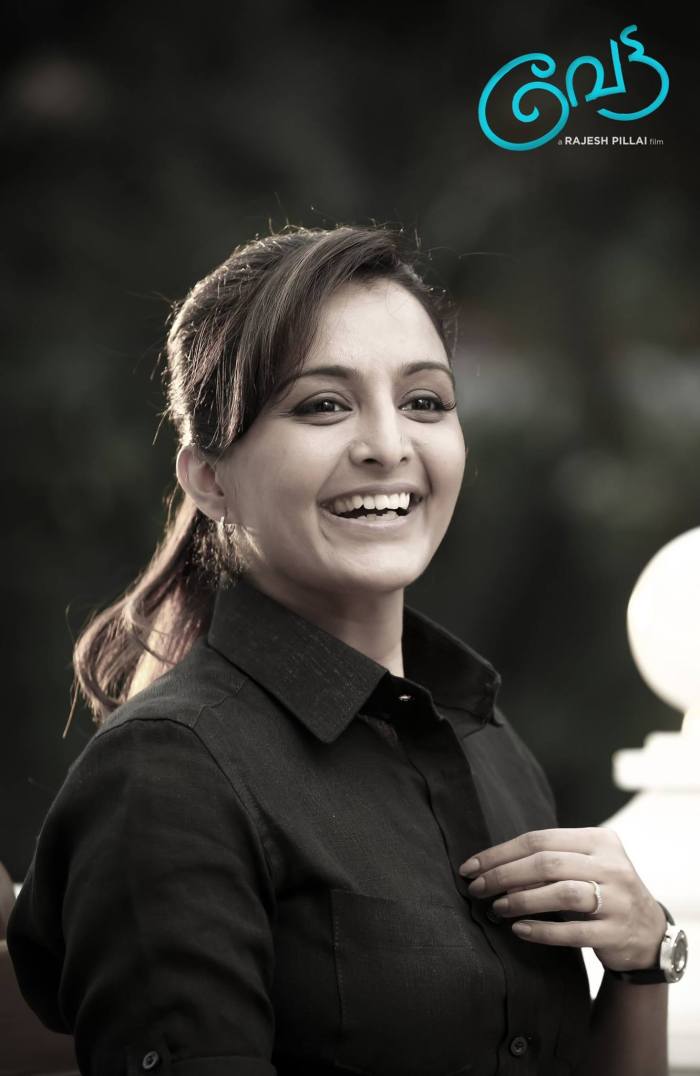 Six children in a family group of 14 shared the row with me. As the movie started unwinding, there were specks of extra marital affairs scattered with no moment of laughter, song shots at all in the first half. There was a plot, a good one, slowly unwinding as it kept the audience captivated throughout. The kids were not jumping around or fussy, all serious. The starring line up commands attention as the resurrected Manju Warrier looked elegant and professional as an IPS officer. Kunchacko Boban and Indrajit Sukumaran play equally key roles in the movie and it is definitely a treat. Vijayaraghavan is an actor I really like and I hope he gets the recognition he deserves, when he does decide to call it quits. 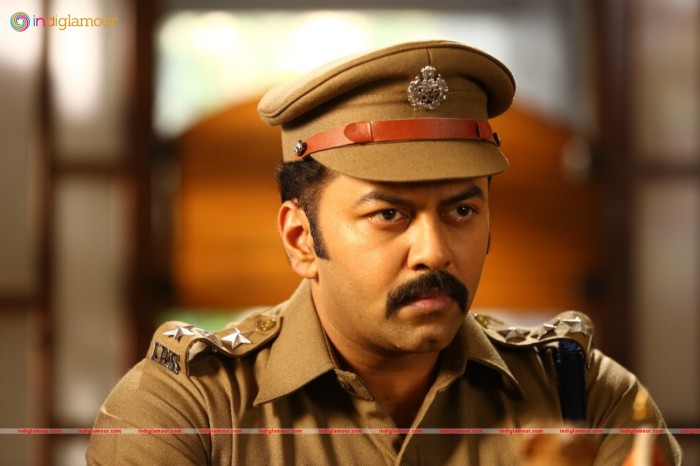 Shaan did the background score and music direction. I am a huge fan of his; he creates music which always has a Godly essence to it and I went crazy listening to Rinu Razak delivering his songs in Om Shanti Oshana. And this time around, he gives her another peach of a song, which is simple yet got a transcending effect in the context of the storyline.

The first malayalam movie to watch in Kuwait after coming here, maybe not for the kids, but definitely watch it for Rajesh Pillai. I will miss his storytelling. May your soul rest in peace bro. 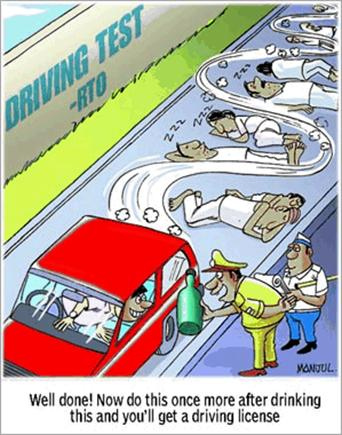 For those who were ‘unfortunate’ enough to learn road rules being in some other country might find it very difficult to come to terms with what is considered civilized driving in this part of the world.  Having been on the road with four wheelers for over ten years, here are some insights on how to drive in God’s own country. (Disclaimer: Almost all of the below mentioned techniques are illegal and against road rules, however if you don’t trod the road the masses are taking, you are in for a bumpy ride)

More tips next time around for safe four wheel driving 🙂 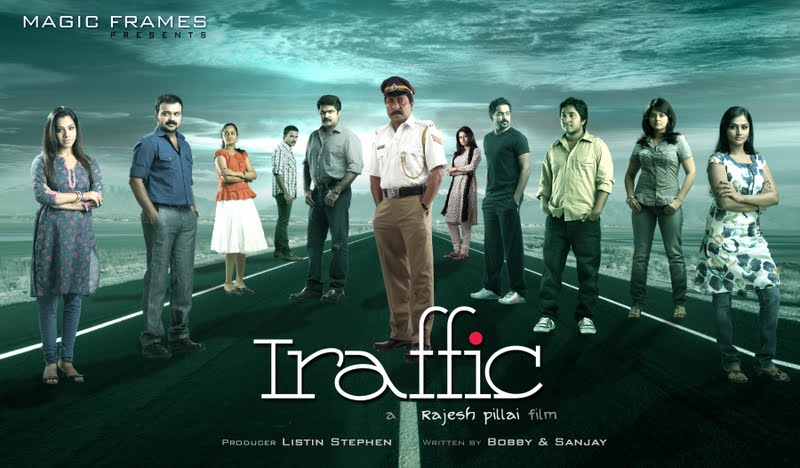 First movie after a 3 month break and what a WAY to start 2011. Listening to a random Good morning Kerala Interview couple of days back on Indiavision,  wherein one of the casts of the film was being interviewed, just left me a little curious on what this movie is all about. 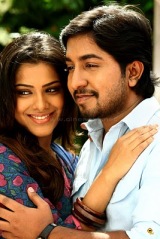 This movie centres around a sequence of events, occurring at a Traffic Island in the heart of Ernakulam, over a span of 12 hours on a September 16. Raihan [Vineeth Srinivasan] has jus gotten into a new job as a journalist at IndiaVision and is about to do his first interview – of the Movie superstar Siddharth [Rahman].  Dr. Abel [Kunchako Boban] has just purchased a new Swift to surprise his wife Shwetha [Remya Nambeeshan] on their 1st wedding anniversary. Sudevan [Sreenivasan] is a clean police constable who recently got suspended for accepting a bribe and is finding ways to clear his name and reputation.

The chain of events kick off with Raihan’s interview with Siddharth being preponed, so he decides to hitch a ride with his friend Rajeev [Asif Ali] to get to the news station ASAP. All it took is a random speeding vehicle which whizzed past at a red signal to knock them off their bike and leaving Raihan fatally injured. His imminent death is interwoven with the chronic illness [heart disease] of Siddharth’s daughter whose life could be saved if an immediate heart transplant is done.

The movie thrives on the impossible mission of trying to get Raihan’s heart from Lakeshore hospital in Ernakulam to Ahalya hospital in Palakkad, a journey of 150 km, to be completed within 2hours! The background score has a more lasting impression merely due to the wonderful script where we eagerly wait to see the mission completed. The movie bluntly deals with the inadequacies of our roads and the bribery of our Indian system, how politicians and men in power misuse the Govt. services to their use and yet they are not willing to help out the common man.

On a parallel track runs 2 stories – Dr. Abel finding out about his wife cheating with his best friend and the anger and the anguish he feels when he finds out about the infidelity. Medical ethics are also prodded and probed a bit on where exactly do we define – Saving a life or Ending one.

It’s a brilliant work by the writers Bobby and Sanjay. A very realistic approach, makes you feel at home with Rajesh Pillai’s direction, so much so that when you leave the theatre, you will feel a little more responsible next time you hit the road.  Coincidence or not that his movie has released just after we Celebrated Road Safety Week. 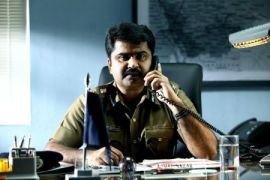 The ensemble of cast in this movie is brilliant. Considering almost all spend an equal amount of screen time, its clearly evident how strong some of the actors are.  My most riveting moment was Raihan’s mom reflecting over his interview on her mobile and where she sits beside him in the ICU. So subtle with emotions and yet one could feel a mother’s love.

The future of Malayalam industry is bright, if and only if we grow out of the shadows of the “Superstars” where stories aren’t made to suit them rather actors tune themselves into a good script!

I will not go on and on with spoilers, cause this movie is worth every penny.