I was returning after a good workout, took a shower, freshened up and decided to head for dinner. Since my smartphone was nearly dead on battery, I plugged it in and took my tab along to do some ‘studying’ as I munched my dinner alone.

I hopped chirpily to Malabar hotel, the one within campus, settled at an empty table and ordered the usual – 2 double omelets and 2 chappathis. Yes, I do go conventional putting salt and pepper, and rolling my own chappathi sandwich!

As I went about making my sandwich, I was swapping from powerpoint to my fiancee’s whatsapp text messages and before I knew I realized my dinner was done and dusted. Since I was engrossed in a chatalogue with my lady, I continued to remain seated when an elderly male approached and sat opposite to me. Nothing unusual as far as I was concerned, as I was alone and he was probably just settling here since he couldn’t find another table.

Here’s how the conversation went (more like a monologue with me nodding, accepting, apologetic) 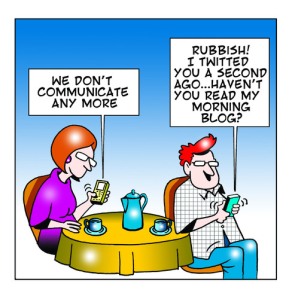 “My son earns 3900 USD.. but he would never sit at the table and use these nonsense electronic gadgets. Respect the food that you eat. Nothing is more important. I have been noticing you from the other table for a while now and you for not one single moment were enjoying your meal, so much so that you did not even realize that you finished eating!!”

I nodded guiltily accepting the charges put forth. He continued..

“I am an Indian soldier. I served the army for 34 years. Be an Indian. Behave like an Indian. Respect Bharat! In another ten years, none of these things will exist”

He took both his palms and covered my cheeks and said, “I hope you understand”

I nodded, in acceptance of my poor manners at the table. I wanted to justify it in many ways, and there was an inner voice forcing me to mouth a few words, but I withdrew. Always have respect for the men who serve the country and when men with true emotions say few things like this, one just has to pause a bit and reflect and this reflection has brought me into sharing this here.

It’s nice to get schooled once in a while 🙂

3 responses to “Just got schooled!”